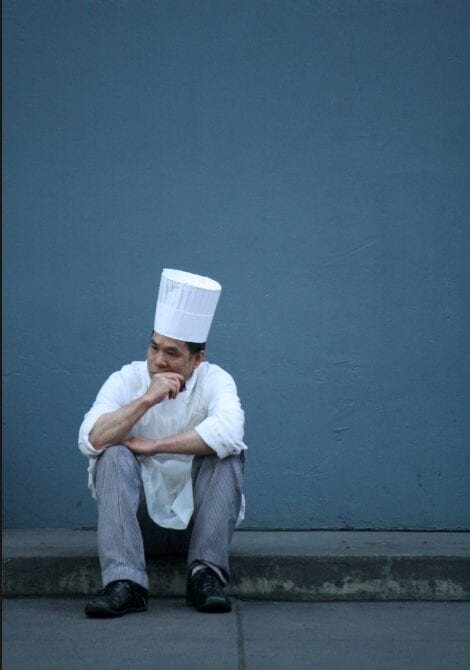 Recently there have been several more yacht crew suicides and many unspoken-about breakdowns. As we all know, working in the galley can be tough. It’s hot, demanding, and any fuck ups are ultimately on you. We work hectic hours with little downtime for months on end. Then at the end of the day, many of us go back to lonely cabins to pass out, alone, far from our beloved friends and family. Another day , another day closer to the end of the season.

This can wear everybody down. No one is a superhero here.

There’s no denying that being a chef on land or on yachts is stressful work.

Which is more the reason for us to take stock of our emotions at the time, and do what we can to alleviate Please, keep an eye out for fellow crew members, and also yourself this season.

As chefs, we all recently acknowledged the 1 anniversary of Anthony Bourdain’s passing from suicide. Today would have been his 63rd birthday. Anthony’s dear friends, fellow chefs Eric Ripert and José Andrés, will toast their comrade on his birthday, June 25, and have asked the world to do the same by posting photos and videos using the hashtag #BourdainDay.

“Suicide is something more common than I ever thought. So many people came talking to me, saying my grandmother, mother, father, sister [died by suicide],” said Chris. “But nobody ever wants to talk about it. It’s the elephant in the damn room. Everybody has suicide in their life somewhere.”

Let’s not let ourselves and other crew down anymore. Please use the resources below to get assistance, or just chat through your fellings and issues that arise.

Where to get mental health help for Yacht Chefs

Some of the greatest resources are available to yacht crew now with specific assistance being provided by many organisations who understand the stresses and pressures of #yachtlife.

The Mission to Seafarers operate in on 200 ports world wide. They provide chaplain assistance to yacht crew and have recently launched a trial initiative in Palma De Mallorca with Burgess Yachts.

The Crew Coach has a great blog post about mental for yacht crew and offers additional assistance for anyone who requires it.

Recently The Yacht Stew teamed up with The Crew Coach to create a well-informed post about mental health for yacht crew in general. As yacht chef’s there is still plenty of great value in having a read of that. She has given some practical advice on dealing with stress and anxiety on board. Have a read.