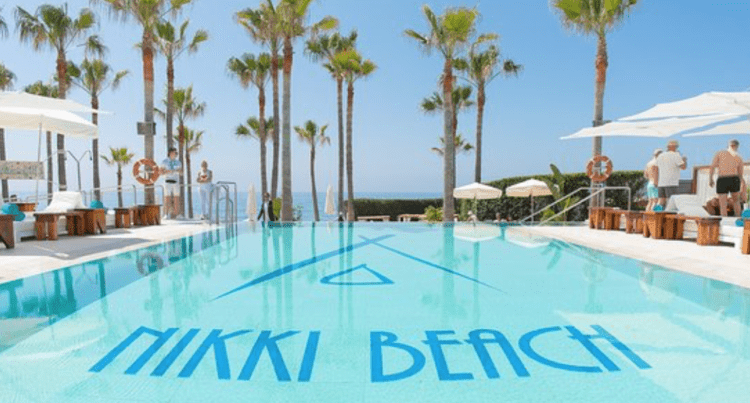 Yachties are a not-so-rare breed now, with well over 100,000 people calling themselves yachties, or yacht crew these days.

And that number is rising, what with all of those yacht crew who are streaming into Antibes every season (Looking at you, South African influx) and Florida (This one goes out to everyone who watched a season of “Below Deck” and declared they wanted a gap year!)

Yachties are dime a dozen. But really makes us stand out?

Where to find yachties?

Hardly an exclusive bunch, it’s easy to find yachties if you are looking in the right stomping grounds.

Rybovich bar in West Palm beach, The Hop Store in Antibes, and Corner Bar in Palma De Mallorca are the 3 main yachtie hotspots.

Of course, there always rouge yacht crew who roam off the beaten track and make it as far as Clematis Street, Juan Les Pins and Santa Catalina. #sointrepid.

The latest yachtie trend is buying scooters to get around in ports. A few old-timers are still cruising the docks on skateboards but recently more yacht crew have invested in portable scooters. As dorky as they look, the range for exploring further afield from the dock is one positive.

Yachties are almost always at a bar

Once shore leave has been granted, yacht crew disperse to the nearest bars to sink copious amounts of beer, gin and rosé. (More on that later.)

The local bar is akin to a yachties crew mess when they hit land.

If the boats docked in a smaller village like La Seyne-sur-mer you can guarantee that the only bar in town will be full of rowdy yacht crew every night until the boat pulls out. Expect to see yachties come in and greet the owner and staff by name.

Rarely will you see a yachtie sitting at a cafe with their head buried in the literary works of Shakespeare Oh no, fellow yachties are almost always in groups.

As soon as that boats tied up and wash down is complete, you can bet that everyone who is not on watch will head to the bar together. Never mind they have been at sea or on charter and in each other’s faces for weeks on end. The start of the night will always happen with a solid group.

Inadvertantley, everyone splits up eventually. Often the couples will branch off (fine) and the boys seperate into their own smaller wolf packs, ready to hit up local girls or someone they swiped right on earlier that day. Most of the girls tend to stay in bigger groups. Safety in numbers, right?

All they talk about is boats

No, but really. How big is your boat?

Yachties will be the loudest ones in the bar

And they all have exotic mish-mashed accents from far-flung places. Expect to be confused about where some of them are from. Is that a Kiwi accent? Aussie? Canadian? what is that accent?!

They always say Americans are the loudest travellers. Well, those people have never been to a yachtie bar. South Africans and Australians will literally compete across the bar for who last the biggest lungs.

You will hear a yachtie long before you see him.

All yacht crew have the same golden kissed skin from working out doors. Hours spent in the summer sun will have many of them glowing, literally radiating summer vibes on everyone nearby.

Unless you are talking to a stressed out pasty white chef who hasn’t seen daylight in weeks or slept. Yacht chefs and engineers are the whitest crew on a boat. Don’t expect much conversation out of them for the first hour either, they need to warm up with half a bottle of whisky first.

Traditional yachtie attire consists of a pair of Havaianas, usually black. The boys usually have a watch, worth at least a months salary. The rest of their clothing is . Not smart casual, but boardies and teeshirt kind of casual.

Rarely will you see them force themselves into a button-down It’s usually under duress from their yachtie girlfriend before a crew dinner, if ever.

Yachtie girls just look like Instagram models with their perfect ombre hair. The trick to getting this hairstyle just right is to work so much that you aren’t able to touch up the roots all season. Girl’s ain’t that the truth!?

Throw in a wardrobe of clothes from all around the world and yacht chicks go from Below Deck to shore ready in about 4 hours. Shrieks of “What even am I going to wear?!” echo down every crew corridor on drop off day.

Being at sea for long periods of times is thirsy work. Your new yachtie friends will drink you under the table, so don’t even try to challenge them. Expect the bar tab to have a few 0’s on the end of it too. Yachties seem to have a penchant for the expensive tipple and cocktails.

If it’s a Sunday, they will be the ones at brunch churning through magnums of Rose.

Expect to see them downing shots of XO or fireball on a Monday night or espresso martinis at on a Friday when they wrangle an elusive early finish.

Yacht crew work on airport drinking rules- any time is game for alcoholic beverage or seven.

They are the friendliest people in the bar

The more the merrier with yacht crew.

You will often see groups of yacht crew merge into bigger groups as everyone makes friends. Many nights our start with your own yacht crew for drinks, and end up being groups made up of 3, 4 or 5 different boats all hanging out.

Yachties might be hanging in packs, but they aren’t very threatening. What with their beautiful smiles and good looks? Cheeky sense of humour and impeccable banter? Yacht crew are a bunch of really good counts*.

Share and Tag a yachtie who needs a laugh!