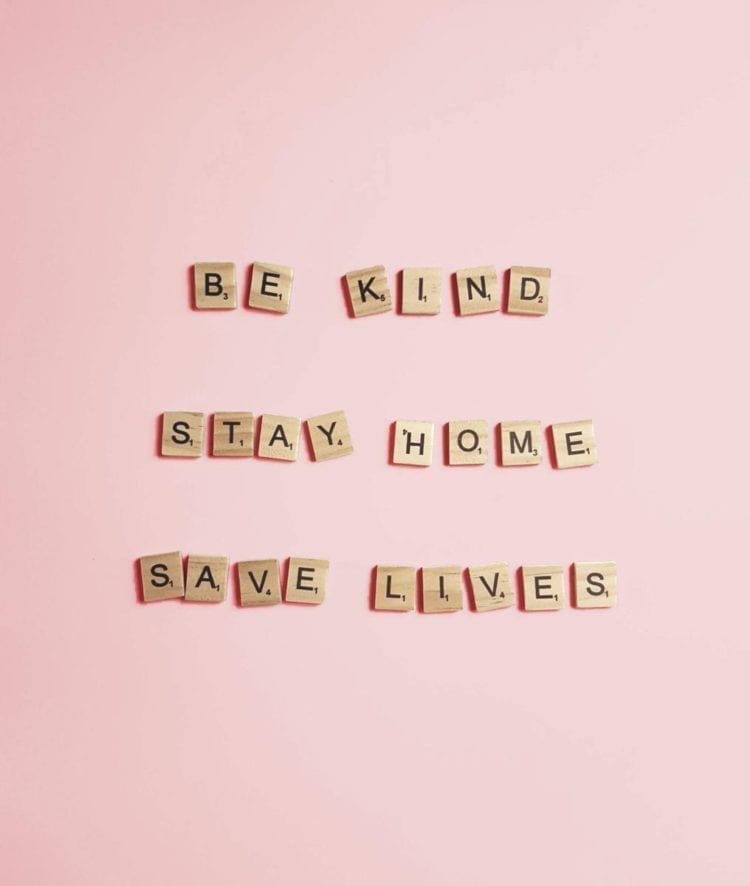 With almost every yacht around the world being immobilised in some way right now with quarantine, we wanted to check in with yacht crew around the world to see how their lives have been affected.

How has this global pandemic changed your way of working on board?

For more yacht crew advice on dealing with coronavirus, check out PYA’s advice, Nautilus, or check your flag states advice. Or for yacht crew specific counselling, contact The Crew Coach or The Crew Counsellor.

We can only hope the numbers start flattening soon globally. So, keep continuing to do your bit to keep yourselves, friends and families and everyone safe.

On a boss trip in Spain with yacht chef Manoel Crisanto

I’m in Palma de Mallorca, Spain with a liveaboard owner.
It actually just feels like I’m in mid charter. Literally nothing different.

I’m not able to go provisioning because we’re not allowed to leave the boat. But fortunately, here in Mallorca I have built an amazing friendship with my suppliers. They’re still delivering amazing products as I need them.
I’ve been with the boss on board for almost a year now and the food expectations are really high here.
I use Carniceria Avessa for meats, Izquierdo for dairy and cold cuts, Frutas Ramon for fruits and veggies and Biel pescados for fish and seafood.

We’ve been locked down for over 20 days now and in the beginning, it was tough for everyone. We are all stressed and thinking about our families and friends. But now I’m trying to deliver even more delicious meals because eating is the main thing that we can look forward onboard nowadays.  We’re playing a lot of games in the crewmess to keep the crew moral.

Chef Tomica Veseljak on being stranded in the Peruvian Jungle

So I left Spain (I’m Croatian, but that’s where I live) February 25th before all this had started.

I am in love with Peruvian cuisine and wanted to learn more first hand at Le Cordon Bleu Peru in Lima. I was going to stay here for 3 months for all 3 parts of the Peruvian cuisine program. Unfortunately, after 2 weeks the government suspended schools for 2 weeks as a prevention measure.

So as I had 2 weeks off, I decided to travel a bit around Peru. First, I visited Puerto Maldonado jungle south-west of Peru. On Sunday 15th March, I arrived here in the city of Iquitos in the Amazonian jungle close to Colombian and Brazilian border.

Only during our second day in the jungle with our first internet connection, we found out that the president had declared the State Of Emergency. It had happened the previous day.

The only solution was to go back to Lima that same day. They brought us back to the city, directly to the airport, but the airlines had already cancelled most of the flights. So we all got stranded here.

Iquitos is not connected by road to the rest of the country. So getting a flight is the only solution. After 10 days of lockdown, they extended the State Of Emergency to another 13 days.

EU governments are currently trying their best to send their citizens back to EU. But the Peruvian government is doing everything to make it almost impossible.

For around 400 foreign tourists stranded here in Iquitos, there have been many plans to get us out. But so far the Peruvian government hasn’t been helpful and are still not allowing flights.

In the hotel I’m staying at, there are 15 of us and we are all trying to make the best out of the situation we’re in. The owner and management of the hotel understand the situation and are actually doing everything to keep us happy. We have improvised a gym, so we get to work out every day.

Since there is another chef staying here, her and I took over the kitchen and we’re cooking dinners together for all of the guests. As you can imagine, there’s not much we can provision here, but that doesn’t mean we can not make great food out of it and have fun in the meantime. Even though the situation with coronavirus is getting worst in Peru each day, we keep the spirit high and there’s no panic among us.

I’m sure we’ll all manage to go out of the country, but I already can’t wait to return to Peru and continue my classes at Le Cordon Bleu. The food here is just amazing, with so much local produce. It just tastes different here compared to provisioning on the yachts.

I managed to escape the United States about two weeks ago (20th March) when the infection rate in Florida was still reasonably low, but steadily rising.

I masked up and armed myself with a bottle of sanitizer. I then took my long haul flight home to New Zealand where I was put into 14 days of self Quarantine.

A couple of days in I wasn’t minding it. It was actually nice to have my own space and I was doing some home workouts, catching up on Netflix and drinking New Zealand wine and munching on antipasti.

Unfortunately on Day 8, I got sick for about four days. The good news was: I wasn’t drinking corona at the time so my Covid 19 test came back negative. Haha. I was given that result on day 12. So I decided to escape self-isolation after being cleared by a Dr of course.

I’m now getting back into some of those healthy routines. But now I’ve been able to move in with my brother and sister in law, and a couple of cheeky nephews. The country is still on government-imposed isolation for while yet, but you can socialise with the household you live in.

Provisioning wise, it’s a bit different being on land and not working on a boat or in a galley. But we still have a family to feed.

Heading to the supermarkets is a bit crazy especially in NZ. Only a few customers are allowed in the store at a time. There’s a line for everyone standing outside 2m apart with a “one in one out” rule imposed. You must also be masked up and wearing gloves .

Tonight, I’m cooking some Ribeye on the Weber for everyone, with a couple of fresh salads. I have not thought about which ones yet as I’m kicking a ball around trying to write this with my nephews 😉

Stay safe everybody where ever you are in the world!

I work for a charter company on a smaller two crew vessel as the chef. We are BVI based 9-10 months out of the year.

As this started to become really scary we were still on charter, our guests had to change their flight information and rush to get out of the country. Luckily they made it.

We were then put under a mandatory 7-day quarantine by the company. Which has then been followed by a mandatory government quarantine. We’ve been laid off until late June for now.

At the moment we are unsure if and when we will be able to get food. And we aren’t even sure if there is a place we can dock up to to go and get food. The base is filled over capacity with boats that are not being used.

In addition, nobody is allowed to leave the island for the foreseeable future. Scary times we’re in. We are allowed to stay on the boat thankfully, but I worry that may not last. So far, we are okay with food for now. We just went to the shop. They are allowing us into shops for three days based on surname. Yesterday my captain spent 5 hours in line out in the sun, just to get into the grocery store.