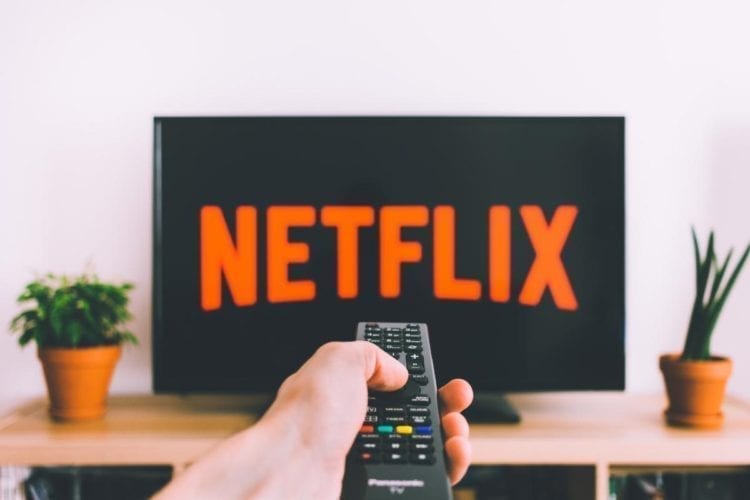 Chefs love to watch tv shows and movies about other chefs. Sometimes, it’s to pick apart how fake the movies is, other times its to admire the skills of a dedicated chef on a documentary. Whatever your take on it, here’s a list of shows on Netflix that you can binge-watch to your heart’s content.

We have kept all of the reality competition types shows off the list, because, well, it’s in its own category of cooking shows. If you are looking for those sorts of shows, check out ” The great British baking show”, “Zumbo’s just desserts”, “Nailed it”, “The final table” or “Million-pound menu” to name a few.

Let’s start this list off with one of those feel-good movies about the underdog chef “making it”. OK, so, it’s a Disney movie, so it’s not going to get too crazy. But it’s a great wind down, chill out, don’t have to think too much, kind of movie. And, what’s not to love about watching a Helen Mirren movie with a glass of red wine and a platter of french cheeses.

In “The Hundred-Foot Journey,” Hassan Kadam (Manish Dayal) is a culinary ingénue with the gastronomic equivalent of perfect pitch. Displaced from their native India, the Kadam family, led by Papa (Om Puri), settles in the quaint village of Saint-Antonin-Noble-Val in the south of France. Filled with charm, it is both picturesque and elegant – the ideal place to settle down and open an Indian restaurant, the Maison Mumbai. That is, until the chilly chef proprietress of Le Saule Pleureur, a Michelin starred, classical French restaurant run by Madame Mallory (Academy Award (R)-winner Helen Mirren), gets wind of it. Her icy protests against the new Indian restaurant a hundred feet from her own, escalate to all out war between the two establishments – until Hassan’s passion for French haute cuisine and for Mme. Mallory’s enchanting sous chef, Marguerite (Charlotte Le Bon), combine with his mysteriously delicious talent to weave magic between their two cultures and imbue Saint-Antonin with the flavors of life that even Mme. Mallory cannot ignore. At first Mme. Mallory’s culinary rival, she eventually recognizes Hassan’s gift as a chef and takes him under her wing.

Maybe you have been so busy over the past decade that you have missed this masterpiece of a documentary. Or, perhaps you just want to relive it? It is an absolute must-see documentary for any chef who respects Japanese food. You will never look at a humble grain of rice the same way again. It is in Japanese with subtitles, so make sure you are in the mood for reading and paying attention for awhile 😉

Jiro Dreams of Sushi is the story of 85 year-old Jiro Ono, considered by many to be the world’s greatest sushi chef. He is the proprietor of Sukiyabashi Jiro, a 10-seat, sushi-only restaurant inauspiciously located in a Tokyo subway station. Despite its humble appearances, it is the first restaurant of its kind to be awarded a prestigious 3 star Michelin review, and sushi lovers from around the globe make repeated pilgrimage, calling months in advance and shelling out top dollar for a coveted seat at Jiro’s sushi bar.At the heart of this story is Jiro’s relationship with his eldest son Yoshikazu, the worthy heir to Jiro’s legacy, who is unable to live up to his full potential in his father’s shadow.

A documentary-style travel and food series that will delight a travelling yacht chef. It might be a while before we can all wander Asia’s streets sampling bowls of noodles and various types of meat on a stick. Recapture your memories with this series, or perhaps use it to inspire you for your next vacation, whenever that will be. With nine episodes to get through, that should keep you busy for a binge session too.

The 4 part tv series on Netflix is of the same name as Samin Nosrat’s popular book. It’s been around for a while, but it might have been one of those series you have always thought about watching “when you have time” well… give it a go now!

Based on Samin Nosrat’s best-selling, James Beard Award-winning book, Salt, Fat, Acid, Heat is the essential guide to the basic elements of good cooking. Directed by Caroline Suh, each episode of this four-part series joins our spirited guide Samin as she travels to home kitchens of Italy, the southern islands of Japan, the heat of the Yucatán and back to Berkeley’s Chez Panisse — where she started her culinary career — to demystify and explore the central principles of what makes food delicious and how each of us can easily incorporate those elements into every dish.

David Chang is back again for season 2 of Ugly Delicious on Netflix. Love him or hate him, he is one of the most popular chef’s on mainstream tv these days. Interestingly, season 1 was considered an absolute flop on Rotten Tomatoes, where it scored a paltry 56% as an average audience score.

Give him another chance for season 2. It seems to pick up a little more. With only 4 episodes online, its a quick series to burn through. Don’t expect anything groundbreaking, but enjoy it for the entertainment and light hearted culinary banter.

Another oldie, but a goodie. Michael Pollen guides the viewer through ingredients in a different light.

Explored through the lenses of the four natural elements _ fire, water, air and earth _ COOKED is an enlightening and compelling look at the evolution of what food means to us through the history of food preparation and its universal ability to connect us. Highlighting our primal human need to cook, the series urges a return to the kitchen to reclaim our lost traditions and to forge a deeper, more meaningful connection to the ingredients and cooking techniques that we use to nourish ourselves.

Get ready to brush up your Spanish, or put down the tequila, because you are going to need to read subtitles with this one. But don’t worry, its totally worth it!

Six glorious episodes about all things taco. Learn more about Pastor, Carnitas, Asada, Canasta, Barbacoa and Guisada. It might require a bit more concentration and dedication to watch, and your cravings for a taco will increase. Maybe don’t attempt this series on an empty stomach 😉

In search of Israeli Cuisine

Another great foodie documentary for those who can’t travel right now. Watch this and allow yourself to be transported to the farms, markets and restaurants in Israel.

In Search of Israeli Cuisine is a portrait of the Israeli people told through food. It puts a literal face on the culture of Israel. Profiling chefs, home cooks, farmers, vintners, and cheese makers drawn from the more than 100 cultures that make up Israel today–Jewish, Arab, Muslim, Christian, Druze a rich, complex and human story emerges. Through scenes that are mostly cinema verité–interviews, farms, markets, restaurants, kitchens, landscapes, and history–audiences will discover that this hot, multi-cultural cuisine has developed only in the last 30 years. In that short time, Israel went from being one of the poorest countries in the world to one of the most advanced. Its sophistication mirrors the current state of the Israeli people and their food: secular, outward looking and innovative.

You didn’t think we would compile a list of great chef and cooking tv shows and movies on Netflix and leave out Chef’s Table did you?!

Now on it’s 6th season, Chef’s table is still delighting viewers. It’s a great series to binge watch if you have time, or cherry pick your favourite chefs to learn more about. Get ready to be inspired if you haven’t caught up on the most recent episodes yet!

Which was your favourite Netflix show?

Looking for other ideas to pass the time in Quarantine? Download over 300 recipes that you use use for crew meals. Or, check out these online classes that are perfect for yacht chefs.