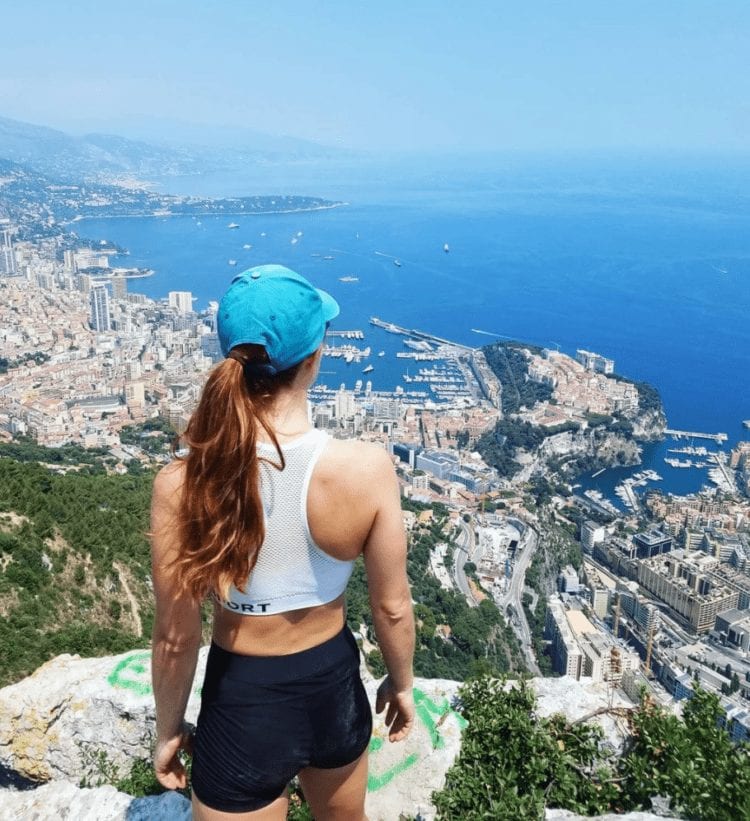 It had felt like I’d been hit by a train. Of the ’12 charter guests that never sleep’ variety. My hands were starting to cramp, the bags under my eyes could have fetched a fair price once monogrammed and I was starting to feel as if no other world existed beyond the galley. It was mid-August, and we were barely 72 hours into a 12-day trip, with a prominent celebrity, his entire extended family, mistress, two personal assistants, three photographers, and all of their highly spontaneous appetites. Don’t get me wrong, I’ve been in the industry for a few years, but when the only thing scrawled on the food preference sheet is ‘white fish’ I start to get a funny feeling in my stomach.

I’d been alone in the galley for most of the day – the head chef had unceremoniously gotten the boot after the principal guest decided he didn’t like his dishes, and the emergency replacement was, well…pending. I thought it hardly fair, since their style of ordering was erratic, bordering on eccentric. Not a soul ate at the same time. No one ate that gorgeous lunch/dinner menu. It became apparent to me that for the remaining 9 days the galley would become a 24/7 diner, offering whatever popped into the guest’s head at any given moment. Chicken-fried steak? Truffle pasta? Breakfast croissant with bacon and fried egg over-easy with extra melted cheese? 5am, its order up! Ding-ding sister, take it out with the blue gatorade, Piña Colada and iced water, yes, all to the same single guest.

The Chief Stewardess was so shattered that I saw her clomp to the bottom of the stairs, keep marching as if there were still steps under her feet, lift her radio and call ‘sous chef sous chef’ all whilst looking me right in the eyes.
After serving dinner at midnight, (not bad, considering lunch went up at 6pm) I called it a day, fell into the shower and then rolled into bed not even bothering to dry myself. I figured the duvet would do a good enough job.

A chef’s day is never done…

In all honesty I did expect a wake-up call to cook a little snack. But nothing prepared me for the tentative knock from the second stewardess and the whisper of “chicken livers”.
Once back in my whites and squinting from the bright galley lights I double-checked.
“Chicken what what’s?”

“Chicken livers. And polenta”
I peer up at the clock, 2.35am.
3 minutes later, the second stew is bent over the sink, running frozen chicken livers under water, and she’s muttering softly to herself.
“What are you saying?” I’m knee deep in the dry store hunting for the polenta.
“I’m praying for the chickens”
“Oh”
That’ right, she’s a strict vegetarian.
Finely sliced shallots, splash of wine, cream, livers….I look up at the clock and realise that yes, I do have to taste test these livers before I send them out. So at 2.55am, with the minty freshness of Colgate still lingering in my mouth, I eat some liver. By 2.58, it’s with the principal.
I stumble back to my cabin, murmuring “It was all a dream, all a dream”.

A gentle shoulder shake wakes me, and I see the same second stew hovering, wearing the same night uniform but looking much more frazzled. One eye even seems to be tracking differently. “I’m so sorry, I know it’s only 6am but the kids want steak tacos”
Who would have thought – a rummage in the deep freeze is a great way to wake up. I locate the steak in under a minute, success!

The Mahi Mahi catches my eye on the way out. We spent 7k on that fish order and they never ate a bloody fillet.

Infamous as @thecrewchef on Instagram, Nina has set her sights higher as a yacht chef recently. She has now bitten off several sole chef jobs on 40-50m yachts.