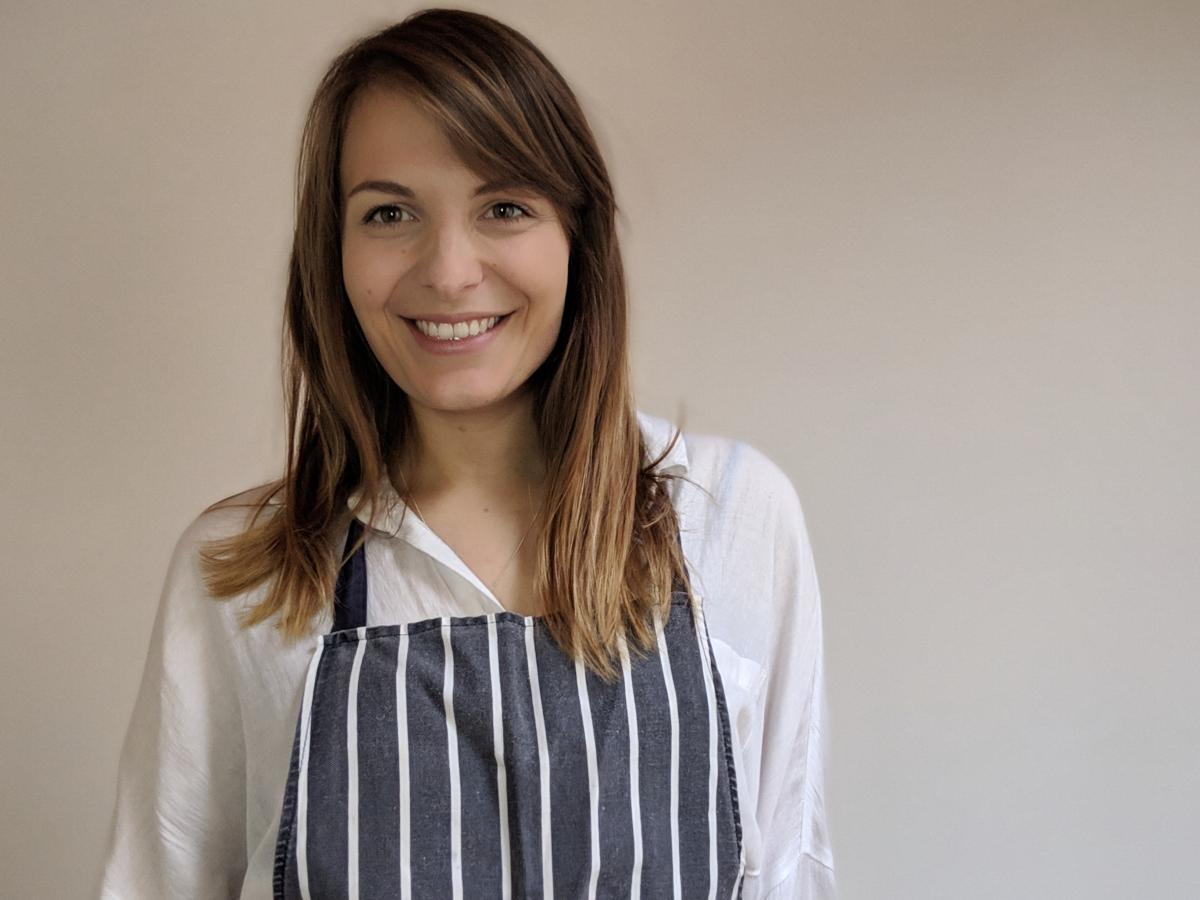 Working full time on a yacht as a sole chef and writing a book sounds like many yacht chefs idea of hell. But not for Chef Melanie White. She has spent the past few years diligently plugging away at her book while at sea. While it hasn’t been easy to find the time she is slowly breaking ground with hopes to finish it by 2020.

She currently has a very active Instagram page (@) with some of the most informative stories we have seen in a long time. Subscribe and watch her stories daily to learn more about her life as a yacht chef. But also to learn little tidbits about ingredients along the way.

We cannot wait to read her book next year!

Can you tell us more about how you got into being a superyacht chef?

I was initially employed as on a 27m new build sailing yacht and early on the chef got pregnant so I ended up doing both jobs.

It was a risk putting my hand up and essentially learning on the job, the pressure was enormous but a few thousand hours down in the galley (!) and it’s one of the best decisions I’ve ever made. I love the creativity of cooking.

What did you do before, and what inspired you to make the jump into yachting?

I was a Scientific Publishing Editor in Cambridge, stuck behind two computer screens in an open plan office where you could hear a pin drop. It was so quiet because the editing required so much concentration.

I’m a people person and so I quickly realised being stuck behind a computer screen in silence was going to turn me into a very grumpy girl!

Tell us more about your upcoming book!

I’m writing an honest account of what it’s really like to work in yachting. The pitfalls, the fun and hopefully some tips for people in small galleys (which is most of us… ashore and onboard!).

Maybe I’ll chuck in a few recipes too if it suits the flow of the writing.

Ultimately I’m going to share how cooking actually healed a lot of deep routed insecurities for me. It will be also be some form of escapism for those still stuck behind their office desks. I’d love to transport them from their desks to the middle of the Atlantic or the Arctic.

90,000 words down I’m close to my finishing my first draft and then the real work begins… editing!

When is it being released? How long have you spent creating it, and how have you found the process?

My last boat was busy 11 months a year. After nearly four years squeezing the odd paragraph off or between charters, I took a career break recently to get the words on paper.

I’m hoping I can find the time to edit with my new gig…! Hopefully there will be something in print early 2020. It’s one of the most exciting creative things I’ve embarked on and I try and chip away at it daily to keep that side of my creative personality afloat.

What are some of the most exciting destinations you have travelled to as a super yacht chef?

I was lucky with my last boat that we did a bit of everything, racing and chartering in the Med.

Then whilst most of the industry hop over to the Caribbean we’d sail north to the Arctic, Jan – May each year. It was an awesome challenge and I still miss crisp blue sky days between the snowy fjords.

How have you incorporated the flavours and tastes of your travels in dishes?

Local inspiration is really important me.

The first meal I had when we arrived in the Arctic was an insane Reindeer dish which I then spent two seasons adapting and recreating for guests. I finally felt I got the plating exactly the way I wanted it …. after the 10th service! (Practice makes perfect.) The smoked salmon up there was also to die for.

Do you have any tips for yacht chefs getting into the industry?

If you’re serious? Stay focussed, graft and find your people.

Establishing a network of people that support you is important because the nature of the job can be isolating.

Accept that there are plenty of egos knocking around and do your best not to get bogged down in them, they’ll only drain your energy.

Can you tell us about the best culinary trick that has helped you as a yacht chef?

Memorise simple store cupboard ingredients into cups measurements. It will save you time when the scales won’t balance!

Even if it’s only sugar and flour.

If you were to gift someone one cookbook, what would it be…?

May seem obvious as he’s now incredibly popular, but good chefs are popular for a reason.

What is your favourite dish to whip up when you are hungry and mid shift?

It’s actually hard to find the time to eat yourself when you’re so concerned about feeding everyone else. If I did snack , it would be Marmite on buttery toast!

That’s if I could bear to get the toaster out and face the crumbs.

If you had to survive on one nationalities cuisine for the rest of your life, what country would it be?

Italian – then you get the best of everything. Olive oil, balsamic, fresh fish, amazing seafood, carby pasta and FOCACCIA!

Check out some of our other sole chef interviews:

If you want to support The Superyacht Chef, click this link. Then go on to buy anything you needed to buy on Amazon.com. The Superyacht Chef will receive a very small portion of that sale as commission, at no cost to you. Even better, click the link when the boats Amazon account is logged in, right before the chief stew does a massive order ?